Freudian Approach to Their Eyes Were Watching God

Freudian Symbolism Within the Text:

In "Their Eyes Were Watching God," Freudian symbolism is very prominent. Below are some of the most prominent and interesting chalice (female) and phallic (male) symbols, with some pictures, discussion and explanation included for clarity.

Spittoon: The spittoon represents a Chalice symbol, meaning to feminize Jody and also demonstrates Castration Anxiety. As Jody bought the spittoons for him and Janie, the townspeople were puzzled. The spittoon, significantly the flowered one, causes Jody to appear less manly and dominant. This relates to Castration Anxiety, and how Jody is stripped of his manhood. The appearance of the spittoon subconsciously adds a feminine flair to Jody, as well as the object leads the other townspeople (particularly the men) to separate themselves from him. In the text, it is mentioned that "He [Jody] spit in a gold-looking vase that anybody else would have been glad to put in their front-room table..." (47). This scene simply separates Jody further from the townspeople.

Lamppost: As one of the most prominent and obvious Phallic symbols within Their Eyes Were Watching God, the lamppost is long and skinny (similar to the male genitalia) and is closely tied to Jody’s pride. On page 44, Jody is stated to have “unwrapped it [the lamppost] and had it wiped off carefully and put it up on a showcase for a week for everybody to see.” This shows how Jody is proud of his manhood and is thus proud of being the man of his home and the mayor of Eatonville. 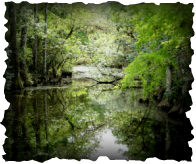 Muck: The “Muck” or the Everglades is a Chalice symbol within the book. According to the Freudian Approach, water is a powerful, female symbol. The muck is where Janie and Tea Cake finally settle down and it becomes to be a natural environment for Janie. Landscapes and places which hold sentimental purpose is what also makes the muck a Chalice symbol. The muck relates to Penis Envy, as Janie learns to become independent and free from traditional feminine roles and instead becomes more manly.

Janie’s Hair: To much surprise, Janie’s hair is a prominent Phallic symbol in Their Eyes Were Watching God. On page two, Janie’s hair is compared to a “great rope.” The long and narrow shape of a rope fits perfectly into the Phallus symbols describing the male genitalia, despite the hair being on Janie, a woman. As a result, Janie is seen and begins to act as more of a masculine character, relating to Penis Envy. She is seen as trying to take the reins in her relationship with Tea Cake, because she is not the type of woman that society deems socially correct. 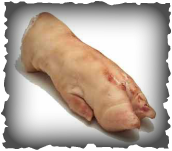 Pig’s Feet: The pig’s feet represent a Phallic Symbol, generally long and thin. On page 70, Janie had forgotten to restock the order on the pig’s feet in the couples’ store. Right after Jody accuses Janie of being careless, “the spirit of the marriage left the bedroom and took to living in the parlor” (71). This scene represents Jody and Janie’s dying marriage, and reveals how the love is gone from their relationship. Freudian’s term of Castration Anxiety also appears as the scene foreshadows Jody’s dying pride, because the pig’s feet, is said to be “all gone” (70).

Guitar: Due to its long, thin neck, Tea Cake’s guitar is classified as a Phallic symbol. The story explains, “Tea Cake took the guitar and played himself. He was glad he got the chance because he hadn’t had his hand on a box since he put his in a pawn shop to get some money for Janie…he missed his music,” (123). As Tea Cake begins to play his guitar once again, it begins to reinforce his manhood, as he feels it was slightly stripped away when he met Janie. He is very possessive of his guitar, similar to how men are protective of their penis. Additionally, Janie had shot Tea Cake with a rifle because he had attracted rabies. As she lays Tea Cake to rest, she restores his manhood by laying the guitar next to him. 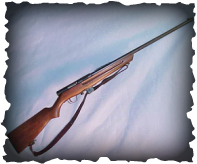 Rifle: The rifle in the story is a Phallic symbol, due to its long, narrow shape, and how it is used as a weapon symbolizing power and authority. When Tea Cake goes mad due to rabies, he was shot with the rifle by Janie. On page 184 it states, “she threw up the barrel of the rifle…the pistol and the rifle rang out almost together. The pistol just enough after the rifle to seem its echo.” The passage shows how Tea Cake held a pistol, but what is critical to the scene is the notation that Janie held the bigger rifle, giving her a sense of dominance, or Penis Envy as Freud calls it. This shows how Janie was dominant in their relationship, perhaps even more than Tea Cake. Another scene suggesting Janie's more dominant role in her marriage with Tea Cake is when it is stated on page 131, "Shoot his [the hawk's] head off. She got to be a better shot than Tea Cake." This also suggests how it is Janie who truly has the power in the relationship.

Stove: Stoves in the 1930s applied to the built-in oven, which were considered to be a part of the entire stove. The red-hot stove is a Chalice symbol in the story, due to its’ shape and opening components resembling a woman’s genitalia. Walter Thomas mentioned, “…whut is it dat keeps uh man from gettin’ burnt on uh red-hot stove—caution or nature” (64). Throughout Walter’s conversation he states, “it’s nature dat keeps uh man off of uh red-hot stove…” (64). This references to how Janie represented nature and often took a dominant role in her relationship with Tea Cake. 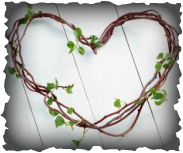 Janie's Marriages: Janie's marriages to Logan Killicks, Jody, and Tea Cake all represent the Elektra Complex. To recall, the Elektra Complex describes how young women look for qualities in potential mates that are similar to their fathers. Janie did not have a prominent father figure in her life, and therefore, she had no knowledge of the qualities which she was looking for in a husband. It took her two failed marriages to realize what she wanted in a husband, which represented Tea Cake.
annotated passage 1
Powered by

Create your own unique website with customizable templates.
Photo used under Creative Commons from mansionwb