Freudian Approach to Their Eyes Were Watching God

ID, Ego, and the Superego

ID: The marriage between Teacake and Janie best exemplify the ‘ID’ personality.

· Janie and Tea Cake’s Marriage: The ‘natural’ relationship between Janie and Tea Cake best demonstrates the ‘ID’ personality, as their relationship is full of aggressive pleasures. As Janie accuses Tea Cake of flirting with Nunkie, they find themselves, “wrestled on until they were doped with their own fumes; till their clothes had been torn away; till he hurled her to the floor and held her there” (137). Similar to the ‘ID’, their marriage is the source of their aggressions and desire. In addition, the ‘ID’ personality is lawless and immoral. Janie and Tea Cake’s marriage is very different from the traditional Southern marriage, as Janie hits Tea Cake for flirting with Nunkie… “she [Janie] cut him short with a blow…Janie trying to beat him” (137). In Southern society, it was immoral and highly uncommon for a woman to hit her husband.

Ego: Nanny is a pertinent character in Their Eyes Were Watching God who best exemplifies the ‘Ego’ personality.

· Nanny: Nanny exemplifies the ‘Ego’ personality as she controls the sexual desires of Janie and sets to marry her to a stable husband, Logan Killicks. In the beginning of the book, Nanny scolds Janie, as she has an orgasm under the pear tree and kisses Johnny Taylor… “Ah wants to see you married right away…Ah don’t want no trashy nigger lak Johnny Taylor” (12-13). Similar to the ‘Ego’, Nanny sets to control the sex drives of Janie and is willing to shelter her from outside world. In addition, Nanny is determined to marry Janie off to a stable and fairly wealthy man, Logan Killicks. The ‘Ego’ personality regulates the drives of the ID through societal rules, as Nanny follows the traditional Southern society rule of marriage.

Superego: In Their Eyes Were Watching, Jody best exemplifies the ‘Superego’ personality.

· Jody: Jody best demonstrates the ‘Superego’ personality, as he drives towards perfecting Janie. As the mayor’s wife, Jody insists for Janie to behave like a proper, Southern woman and to follow his lead. As Janie is asked to make a speech during Jody’s initiation as mayor, Jody states, “Ah never married her [Janie] for nothin’ lak dat. She’s uh woman and her place is in de home” (43). Similar to the ‘Superego’, Jody is dominated by the morality principle, in which women are simply seen and not heard. In addition, the ‘Superego’ seems to overt aggression and sexual passions. Once Jody and Janie get married, Jody is never seen to have any sexual pleasures with his wife. 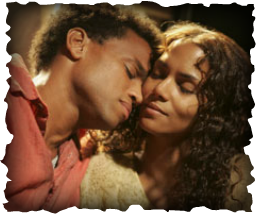 Create your own unique website with customizable templates.
Photo used under Creative Commons from mansionwb